How the Ban on Surprise Medical Bills Helps Consumers 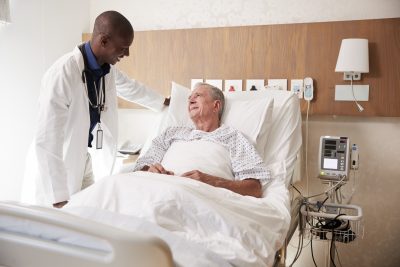 Those are the bills you get when an out-of-network medical provider unexpectedly renders your care. The new measure puts an end to making consumers responsible for the difference between the provider’s charge and their insurer’s allowed amount—a practice known as balance billing.

The change takes effect in one year, on Jan. 1, 2022, once the $900 billion pandemic relief bill is signed into law by President Donald Trump.

Surprise medical bills are one of the biggest healthcare headaches for consumers. Almost 80 percent of people in a recently published national survey by Kaiser Family Foundation, a health policy research organization, said they want to see them banned.

In addition to ending balance billing, the new measure also ensures that all emergency room medical care is billed to a consumer at the “in-network” (lower) rate, regardless of whether the hospital or individual healthcare provider is in or out of the patient’s insurance network.

And it removes the consumer’s burden of dealing with surprise medical bills or having to negotiate payment of them. Instead, the bill mandates that insurers and healthcare providers negotiate or use dispute resolution to determine payment amounts, says Jack Hoadley, PhD, research professor emeritus at the Health Policy Institute at Georgetown University, who has written on the topic of medical billing.

“It’s a monumental moment for American consumers,” says Chuck Bell, programs director at Consumer Reports who has long advocated against surprise medical bills. “We’ve collected hundreds of stories over the years detailing the pain surprise bills exact on household finances, and for Congress to ease this burden during the COVID-19 pandemic is a massive win for consumers.”

Here’s a more detailed look at what the bill does and doesn’t cover.

Bans Balance Billing
The bill “holds the patient harmless,” says Pollitz. “A person should not owe more than the in-network amount for the surprise medical bills for emergency services, or for services provided by out-of-network doctors when the patient is treated at an in-network facility or hospital.”

In other words, in circumstances in which you have not previously agreed to an out-of-network rate, you’ll pay only copays, deductibles, and any other related in-network charges, Pollitz says.

Requires Consent for Planned Procedures
For scheduled procedures, such as giving birth or getting knee or hip replacement surgery, you may voluntarily decide to use a healthcare provider who is not covered by your insurance.

Not Included: Ground Ambulance Services
The bill also doesn’t apply to ground ambulance services, which are typically operated by municipalities under contracts with hospital emergency departments. Instead, the bill establishes a special advisory committee to study how consumers could be better protected from surprise bills relating to ground ambulance services with the expectation that they will also come under similar regulation in the future, says Georgetown’s Hoadley.