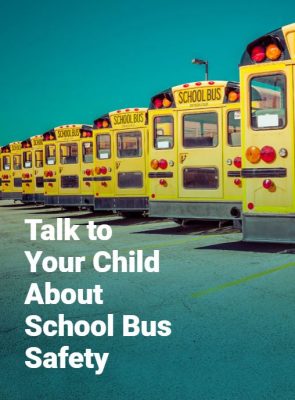 Overview
The school bus is the safest vehicle on the road—your child is much safer taking a bus to and from school than traveling by car. Although four to six school-age children die each year on school transportation vehicles, that’s less than one percent of all traffic fatalities nationwide. NHTSA believes school buses should be as safe as possible. That’s why our safety standards for school buses are above and beyond those for regular buses.

Bus Safety
Students are about 70 times more likely to get to school safely when taking a bus instead of traveling by car. That’s because school buses are the most regulated vehicles on the road; they’re designed to be safer than passenger vehicles in preventing crashes and injuries; and in every state, stop-arm laws protect children from other motorists.

Seat belts on school buses
Seat belts have been required on passenger cars since 1968; and 49 states and the District of Columbia have enacted laws requiring the use of seat belts in passenger cars and light trucks. There is no question that seat belts play an important role in keeping passengers safe in these vehicles. But school buses are different by design, including a different kind of safety restraint system that works extremely well.

NHTSA decided the best way to provide crash protection to passengers of large school buses is through a concept called “compartmentalization.” This requires that the interior of large buses protect children without them needing to buckle up. Through compartmentalization, children are protected from crashes by strong, closely-spaced seats that have energy-absorbing seat backs.

Small school buses (with a gross vehicle weight rating of 10,000 pounds or less) must be equipped with lap and/or lap/shoulder belts at all designated seating positions. Since the sizes and weights of small school buses are closer to those of passenger cars and trucks, seat belts in those vehicles are necessary to provide occupant protection.