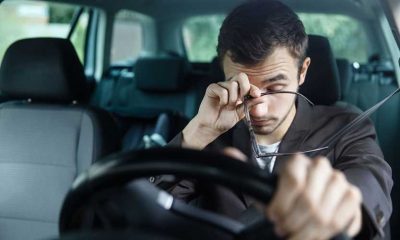 People with irregular work hours and work-related exhaustion and stress are among the nation’s worst drivers, according to the Chicago Tribune, reporting on a recent insurance industry study.

Namely, bartenders, ticket sales representatives and journalists are the worst, while postmasters and music composers are the best, according to Monday’s article covering a study of 1.6 million car insurance applications by Cambridge, Massachusetts-based Insurify Insurance Co., an auto insurance comparison website.

In its deep dive into what professions were the most likely to have had moving violations, the company looked at ticket histories, such as speeding, driving under the influence or driving with suspended licenses, according to the article.

Researchers found the worst drivers nationally were people in ticket and membership sales, with 43% of that group having traffic violations. The cause? These professions tend to work 55-60 hours per week and sometimes work weekends, according to the article.

“If you are putting in 60-hour weeks, it might spread your attention thinner and it might make you less attentive on the roads, and it might disrupt things like your sleep cycle,” Kacie Saxer-Taulbee, data scientist and writer with Insurify, told a reporter. “If you have additional stress, you might be less able to respond to risks.”

In turn, the study points out that some professions with a high percentage of problem-free drivers are well-paid and have regular and predictable hours, according to the newspaper.