Takata Airbag Recall: Everything You Need to Know 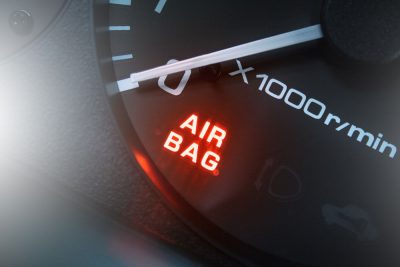 Vehicles made by 19 different automakers have been recalled to replace frontal airbags on the driver’s side or passenger’s side, or both in what NHTSA has called “the largest and most complex safety recall in U.S. history.” The airbags, made by major parts supplier Takata, were installed in cars mostly from model years 2002 through 2015. Some of those airbags could deploy explosively, injuring or even killing car occupants.

At the heart of the problem is the airbag’s inflator, a metal cartridge loaded with propellant wafers, which in some cases has ignited with explosive force. If the inflator housing ruptures in a crash, metal shards from the airbag can be sprayed throughout the passenger cabin—a potentially disastrous outcome from a supposedly lifesaving device.

NHTSA has determined the root cause of the problem: airbags that use ammonium-nitrate-based propellant without a chemical drying agent. As postulated early on, environmental moisture, high temperatures, and age as associated with the defect that can improperly inflate the airbags and even send shrapnel into the occupant. To date, there have been 18 deaths and more than 400 injuries because this problem in the U.S. Worldwide, NHTSA reports that there have been at least 26 deaths.

Through various announcements, the recall has grown to include 63 million airbags from more than 42 million vehicles in the U.S. The recalls have conducted in waves, prioritized by risk.

Models flagged as being at an extreme risk are certain 2001 to 2003 Honda and Acura models containing so-called “alpha” airbags, and the 2006 Ford Ranger and Mazda B-Series pickup trucks. Also included are the 1999 BMW 323i and 328i. NHTSA advises that owners not drive these vehicles and seek immediate repairs.

For millions of vehicles in the recall but not under a stop-driving order, NHTSA has prioritized delivery of parts to models and areas with the highest concentration of Takata incidents, NHTSA told CR.

“It was not possible for all replacement parts to be available right away, and some vehicles were at much higher risk of a dangerous airbag explosion than others,” agency spokeswoman Karen Aldana said.

Go to safercar.gov to check the recall status of your vehicles.