Earlier this week, Ford Issued a safety recall on about 1.5 million vehicles. 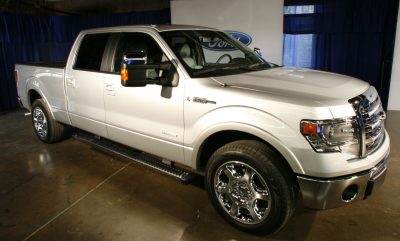 “Depending on vehicle speed, a downshift to first gear without warning could result in a loss of vehicle control, increasing the risk of a crash,” Ford said in a statement announcing the recalls.

The roughly 1.48 million F-150 trucks have a defect that can cause the truck to temporarily downshift into first gear. Ford is aware of five reports of accidents, including one report of “whiplash” potentially related to this condition.

About 27,000 Lincoln Continental vehicles may have a problem with silicon contamination in the door latch, which can prevent it from fully engaging. This means the door could open while driving. Ford is not aware of any accidents connected to this recall.

Approximately 4,200 Ford Mustang, Lincoln Nautilus and Lincoln Navigator vehicles may have a defect that causes the instrument cluster to be blank while the video starts up. Ford is not aware of any of any accidents connected to this recall either.