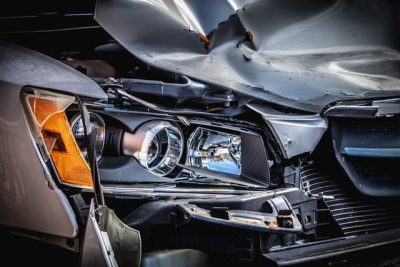 Risky Driving Behaviors Including Failure to Wear a Seatbelt, Speeding, and Drinking While Driving Identified as Contributing Factors

While Americans drove less in 2020 due to the pandemic, NHTSA’s early estimates show that an estimated 38,680 people died in motor vehicle traffic crashes—the largest projected number of fatalities since 2007. This represents an increase of about 7.2 percent as compared to the 36,096 fatalities reported in 2019. Preliminary data from the Federal Highway Administration (FHWA) shows vehicle miles traveled (VMT) in 2020 decreased by about 430.2 billion miles, or about a 13.2-percent decrease. The fatality rate for 2020 was 1.37 fatalities per 100 million VMT, up from 1.11 fatalities per 100 million VMT in 2019. NHTSA’s analysis shows that the main behaviors that drove this increase include: impaired driving, speeding and failure to wear a seat belt.

“Safety is the top priority for the U.S. Department of Transportation. Loss of life is unacceptable on our nation’s roadways and everyone has a role to play in ensuring that they are safe. We intend to use all available tools to reverse these trends and reduce traffic fatalities and injuries,” said Dr. Steven Cliff, NHTSA’s Acting Administrator. “The President’s American Jobs Plan would provide an additional $19 billion in vital funding to improve road safety for all users, including people walking and biking. It will increase funding for existing safety programs and allow for the creation of new ones, with a goal of saving lives.”

NHTSA’s projections show significant increases in fatalities during the third and fourth quarters of 2020 as compared to the corresponding quarters of 2019. NHTSA will continue to carefully analyze various data sources to understand how the risks to vulnerable road users might have changed during 2020 and the contributing factors for the increase.

Preliminary finding show that traffic fatalities rose in most major categories over 2019:

Crash factors and demographics reviewed by NHTSA that showed the largest increases in 2020 as compared to 2019 included:

NHTSA’s research suggests that throughout the national public health emergency and associated lockdowns, driving patterns and behaviors changed significantly, and that drivers who remained on the roads engaged in more risky behavior, including speeding, failing to wear seat belts, and driving under the influence of drugs or alcohol. Traffic data indicates that average speeds increased throughout the year, and examples of extreme speeds became more common, while the evidence also shows that fewer people involved in crashes used their seat belts.